Toyota didn’t get to be the world’s largest automaker by not selling cars. It isn’t surprising, therefore, that Toyota is the only major car company that hasn’t “committed” – as it is styled – to building cars that most people don’t want to buy.

Those being electric cars.

It is neither here nor there whether you believe – exactly the right word – that it is necessary to “transition” to electric cars to stave off what is asserted to be an imminent – for the last several decades (Al Gore has grown gray and fat in the interval) – “climate crisis” if you cannot afford an electric car and/or cannot afford to waste your time (which is even more valuable than money) arranging your life around range-recharge. 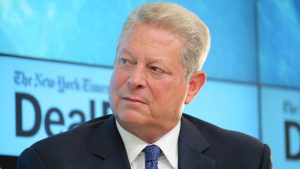 Toyota recognizes these economic and practical realities. The rest of the industry acts as if they do not exist. This is like acting as if gravity does not exist when leaning over the edge of a steep cliff.

Gravity does not care whether you believe in it, of course.

Anyhow, while the rest of the industry is operating on the “if we build it, they will come” philosophy and probably hoping that the surge of outright bans on the sale of cars that aren’t electric by 2035 will force people to – somehow – buy what many do not want and most cannot afford, Toyota is quietly building more cars that people do want and can afford.

None of them electric….