Independent journalist Michael Shellenberger released a new batch of Twitter Files that showed how the FBI convinced Twitter that the Hunter Biden laptop story was misinformation.

At the center of Twitter’s decision to suppress the story was Jim Baker, the former deputy legal counsel at Twitter, who held a similar role at the FBI before joining Twitter. Baker and the FBI worked together to convince Twitter that the contents of the Hunter Biden laptop story were hacked from another source by Russian agents and put on the laptop that the New York Post reported on.

“During all of 2020, the FBI and other law enforcement agencies repeatedly primed Yoel Roth to dismiss reports of Hunter Biden’s laptop as a Russian ‘hack and leak’ operation, ” Shellenberger wrote. Roth was then head of trust and safety at Twitter. 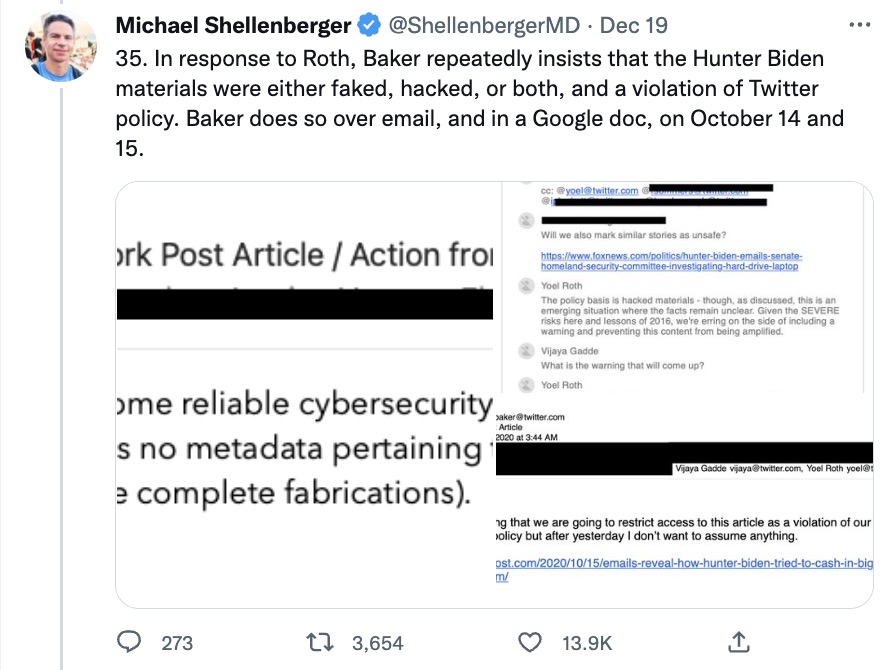 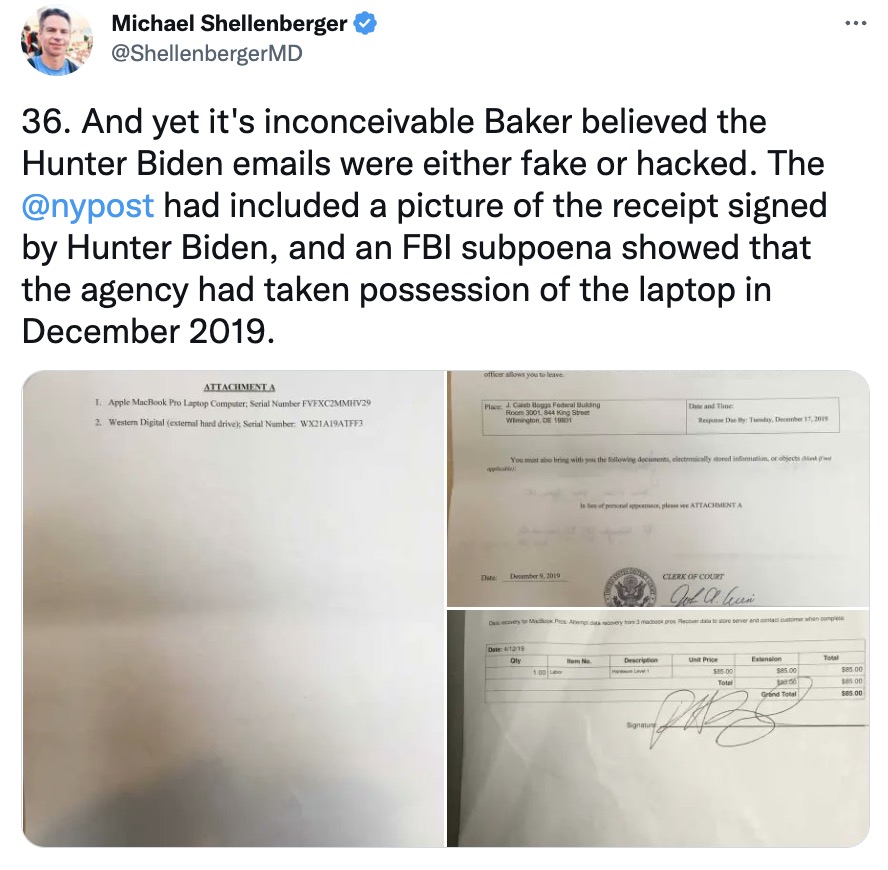 Although Twitter continued to find nothing suspicious, the bureau repeatedly reached out for information.

In July 2020, FBI Assistant Special Agent Elvis Chan arranged for security clearances for Twitter executives so that they can be briefed about election interference the bureau expected to see ahead of the November 2020 election. Baker was one of the executives given the clearance, and Chan acted surprised to learn that Baker was at Twitter.

Baker was not the only ex-FBI agent at Twitter. Shellenberger revealed that there were so many that they had their own Slack channel….

Who Is Purposely Sabotaging Power Plants All Over America? – MichaelSnyder 12/8/22