Esteemed British cardiologist Dr. Aseem Malhotra called Facebook an “enemy of democracy” after he was suspended by the Big Tech platform for three days for sharing a post by Florida’s Surgeon General Dr. Joseph Ladapo alleging Covid vaccines elevate the risk of cardiac-related deaths in men between the ages of 18 and 39.

Malhotra was initially suspended for 24 hours for sharing Ladapo’s post. The suspension was extended to three days after Facebook flagged a post from two weeks ago, where Dr. Malhotra said that COVID-19 vaccines should be “suspended until all the raw data (from the trials) has been released for independent analysis.” 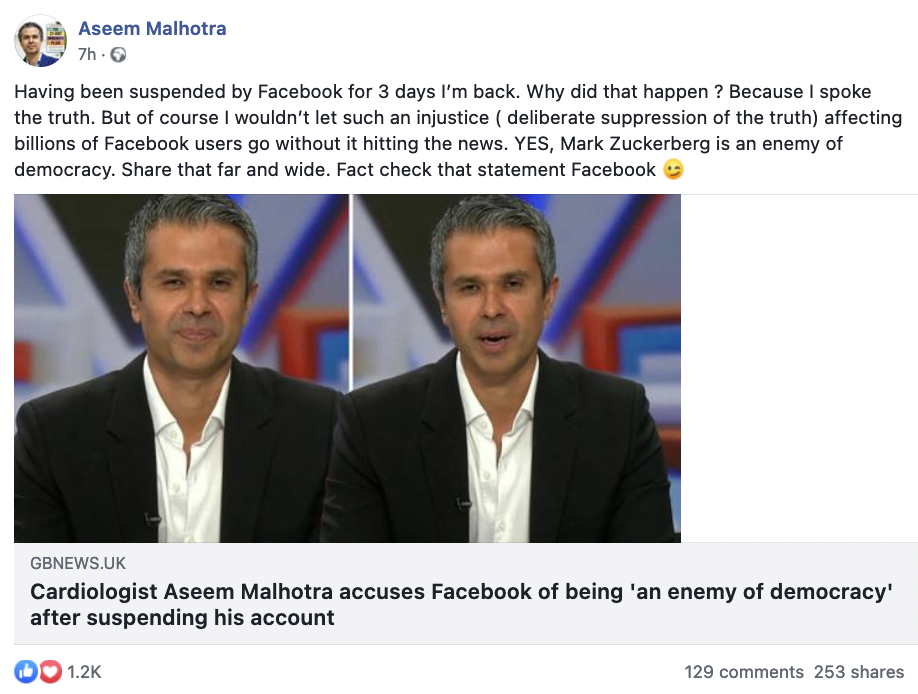 Speaking to GB News, Malhotra said, “Facebook is an enemy of democracy.”

He added: “The fact checking only goes in one direction.

“Think of the number of commentators who told us that vaccines stopped transmission during the rollouts. Where were the labels of ‘medical misinformation’ then?”…