The defensive coordinator for NFL team Washington Commanders, Jack Del Rio, was fined $100,000 by the team for comparing the Jan 6 riot to the Black Lives Matter riots in the summer of 2020.

The now-deleted tweet read: “Would love to understand ‘the whole story’ about why the summer of riots, looting, burning and the destruction of personal property is never discussed but this is ??? #CommonSense.” 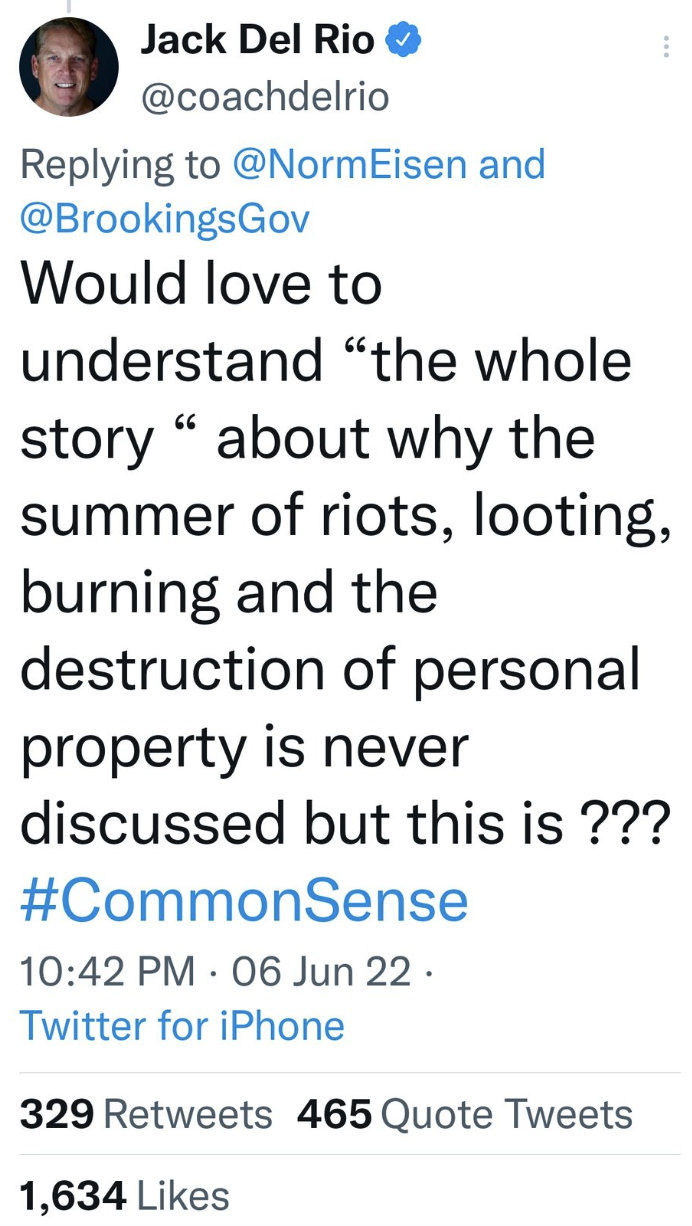 Del Rio faced backlash over the tweet, with the NAACP demanding his resignation after complaints came in.

This incident is just the latest in a series where people who share an opinion online are the target of several complaints from social media users who push for punishment….